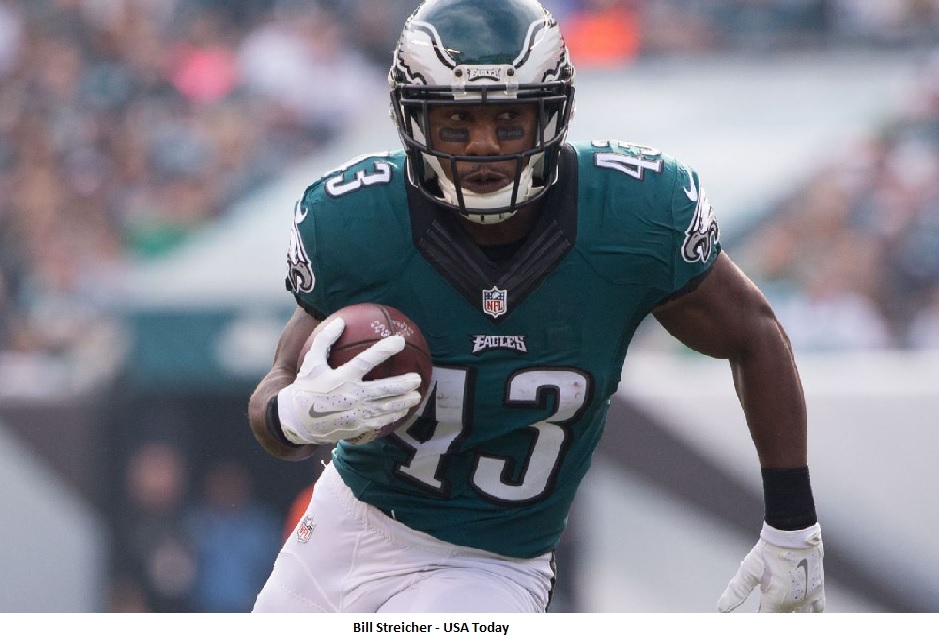 Sproles to take on a Danny-Woodhead-type role in 2016?

According to Eagles offensive coordinator Frank Reich, RB Darren Sproles, could expect a much bigger role in the Eagles offense this season.

Reich noted that he plans to ask the question during game planning meetings,”How can we get this guy the football?”

“Sproles is the original, right?” Reich said. “He’s the original guy. He’s the prototype. Right from the start, I remember coming in some of the immediate talk was the excitement of how we get to use a guy like Darren Sproles. . . In Doug’s offense, they’ve done that in the past. We’ll continue to mix in some other things that we’ve all done, that our staff has done to kind of isolate backs and get good matchups.”

Last year, Chip Kelly forgot all about his swiss-army-knife of a player in Darren Sproles, as he was misused the whole season. Chip had a stable of backs with different skill-sets, but was unable to successfully get Demarco Murray, Ryan Mathews, and Darren Sproles going at their full potential.

With Reich focusing on getting Sproles more involved, perhaps the 33-year-old play maker can get back to doing what he does best. In 2014, Sproles hauled in only 40 catches for 387 yards on 62 targets, while in 2015 he followed up with 55 catches for 383 yards on 83 targets. Last season Danny Woodhead had a solid year under Reich, hauling in 80 receptions for 755 yards, and 6 TDs. Woodhead was targeted a total of 106 times and was a focal point out of the backfield in the Chargers passing attack.