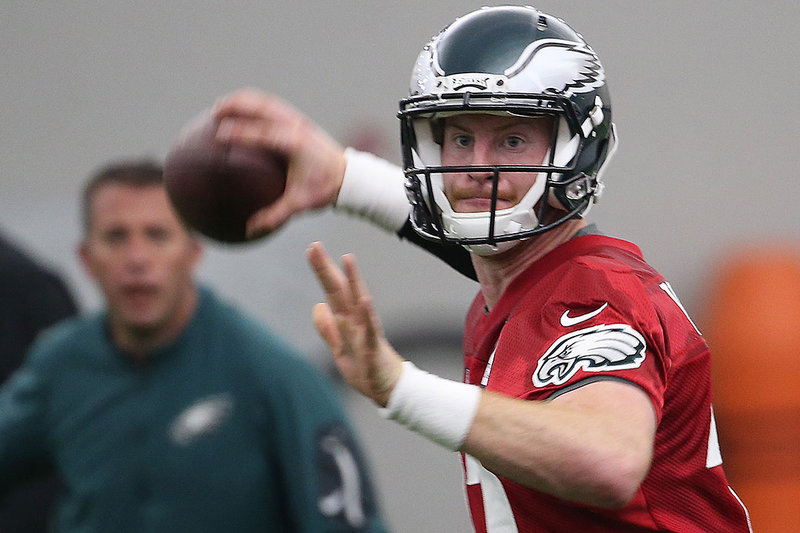 LaCanfora: Eagles plan to limit Wentz after dealing with soreness

Doug Pederson say Carson Wentz is sore after throwing some over the weekend. He won't throw today. "We're just going to back him down today"

On Monday, Doug Pederson told the media that they plan “to back him down today.” At the moment, the rookie QB is listed as day-to-day with his rib injury. Moving forward, Look for the Eagles to take it slow with Wentz, as there is no rush to bring him back right away. The rookie’s chance of playing in the third preseason game against the Colts looks pretty slim.