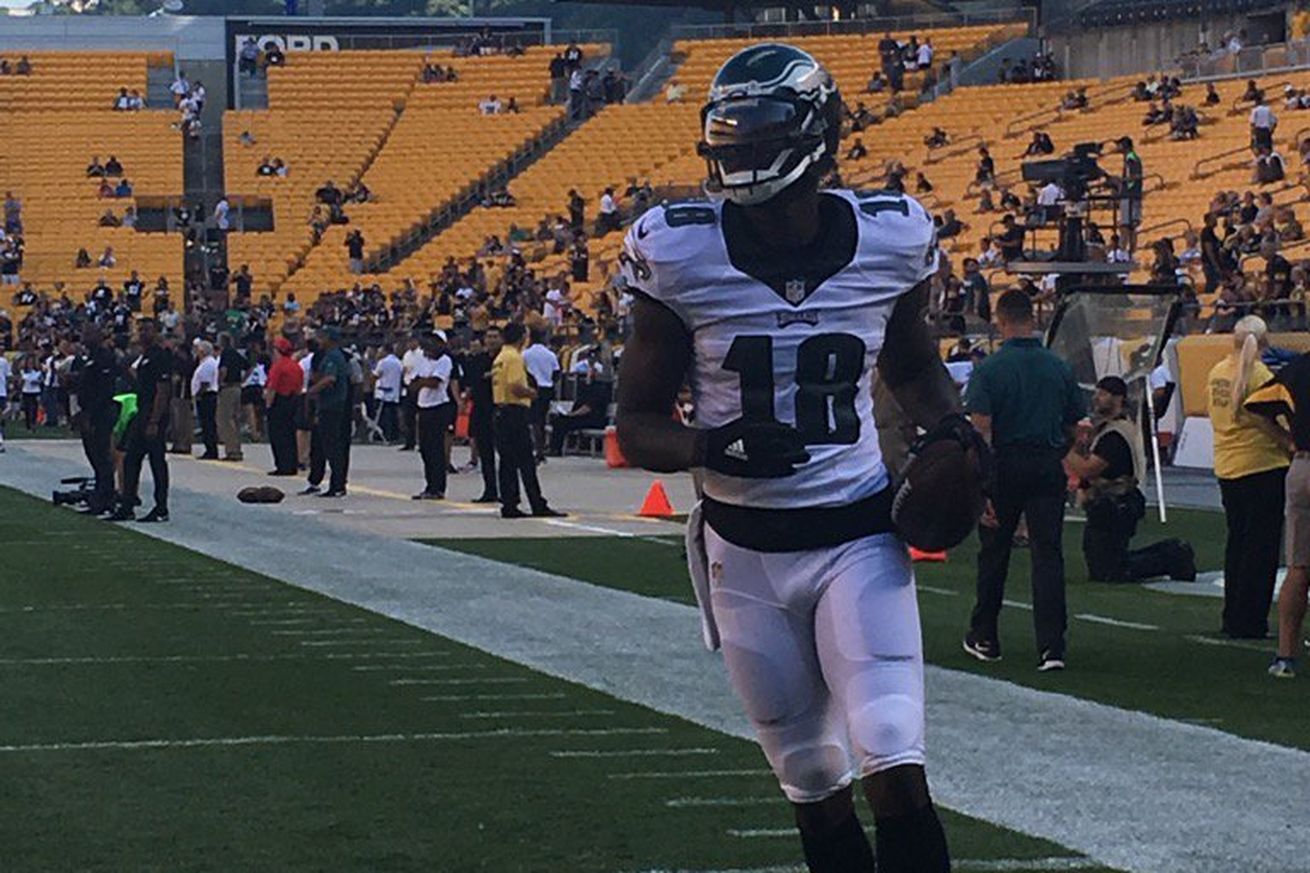 Eagles’ WR Dorial Green-Beckham stated that it’s his job as a “big wideout” to “set the tone.”

“I feel like my job, as a big wide out, is to set a tone,” Green-Beckham told NJ.com. “Helping the quarterback out and making their job a lot easier. Having somebody out there that is 6-foot-6, that can run down the field, jump high and catch balls. I feel like for the quarterbacks, they see that in me. They know if I’m in the game, I’m an easy target to find.”

The big-bodied target has the perfect opportunity to set his career on the right track in Philadelphia, and he plans on getting reps with the first-team offense against the Indianapolis Colts on Saturday.

DGB’s particular skill-set is quite different than the other wide outs on the team, and it’s easily visible to see what he brings to the table. Green-Beckham has the type of tools to dominate on the perimeter with his combination of size, speed, and ability to win on 50/50 balls. If the Birds are able to get him to utilize his strengths, it’s possible that DGB could grow into a perfect role in the Eagles offense.

DGB is still learning the intricacies of the Eagles’ offense, and does have room to grow as a route runner. However, the sky is the limit for the young wide receiver if he’s ready to mature as a professional and take his game to the next level.