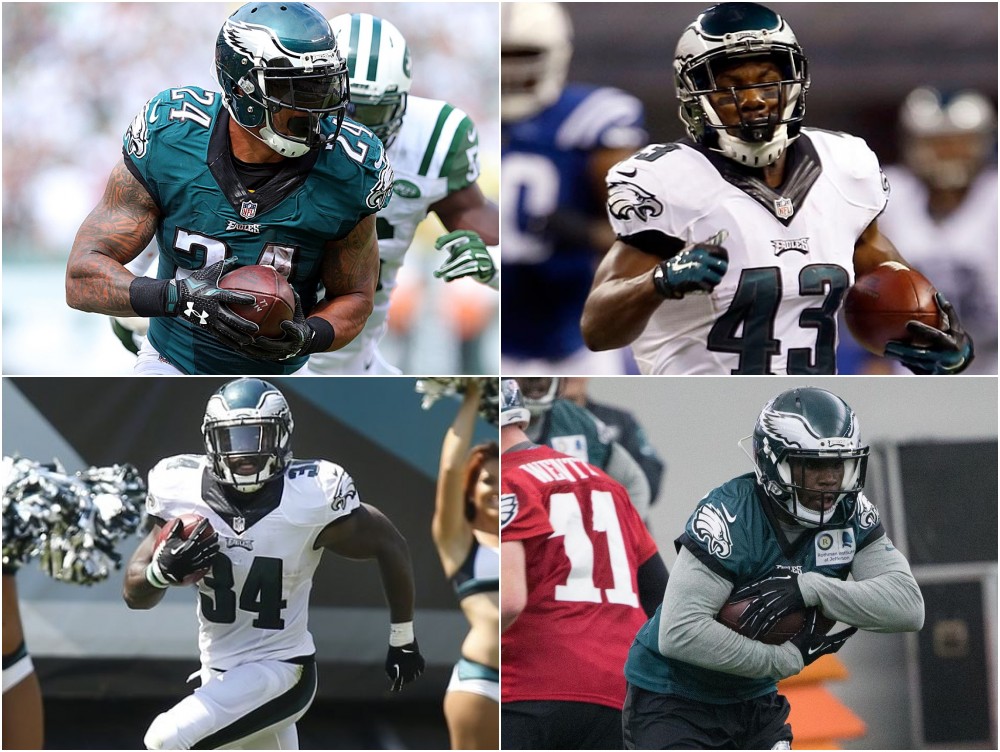 The Eagles running backs, cause for concern?

A couple of weeks ago, I wrote about the state of the Eagles receiving corps. Now, lets take a look at the other position on the Birds offense that has a ton of questions entering the 2016 season. How did we get to the point where the Eagles receivers and backs, which were very lethal just two or three years ago, are just average groups in comparison to others around the league? A myriad of bad free agent deals by Chip Kelly helped  make that happen and a lack of adding quality pieces through the draft was another contributor (just think, Marcus Smith was taken over Kelvin Benjamin).

The greats, like LeSean McCoy and Brian Westbrook, no longer electrify the Linc and former workhorse DeMarco Murray was a big bust in the City of Brotherly Love. Replacing those guys on the 2016 depth chart are Ryan Mathews, Darren Sproles, Kenjon Barner, Wendell Smallwood and undrafted guys like Cedric O’Neal and Byron Marshall.

Eagles running back Ryan Mathews bounces off a tackle and lunges into the end zone during the Eagles preseason game versus the Tampa Bay Buccaneers.

Ryan Mathews has all of the skills to be a lead back, and an effective one at that. However, he has perhaps the worst rash of injuries of any NFL player, and that’s not even an exaggeration. For that reason, Mathews is more suited for a rotational role, much like the one he thrived in behind Murray in 2015. If Mathews can stay healthy for 12 or 13 games, the Eagles running game could have some nice potential. He brings an element of power and authority to the Eagles backfield, which is something that none of the other backs can do. I have a feeling we will see the yard total for Mathews to be somewhere in between 800 and 1,000 yards.

Darren Sproles, is there anything he can’t do? In Sproles, Doug Pederson has one of the best receiving backs in the league, and that skill set is huge in passing situations. The shiftiness and mismatches created by Sproles are invaluable to the guys in green this year. While he is climbing into his mid-thirties, Sproles should give a good amount of positive contributions this year, both on offense and special teams. 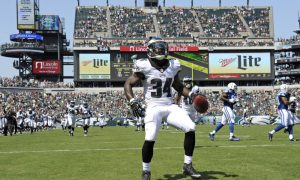 So if Mathews can stay healthy for 75% of the year and Sproles does what Sproles can do, the backfield is in good hands. The NFL is all about depth however, so let’s take a look at the 2 guys behind the aforementioned players. Kenjon Barner was a Chip Kelly product out of Oregon so it is no surprise that Kelly was able to make a deal for the former Duck. During last week’s game against the Bucs, Barner showed good ability both outside and between the tackles allowing him to be able to make a couple of nice runs. Catching the ball out of the backfield is another area where Barner can create positive plays, so he may be the Eagles most complete back. Think of him as the Eagles version of Charcandrick West, the third string back in Kansas City.

Wendell Smallwood is a lot like Barner but is a rookie, so it’s hard to tell what for production the fifth round pick out of West Virginia will provide. In college, he led the Big 12 in rushing, going for over 1,500 yards and complimented that with 26 catches for another 160 yards. He was largely overlooked in the draft, possibly due to some legal issues. However, if Smallwood, who is billed as an aggressive runner who hits holes with authority and can physically attack a defense, can become a contributor, he has a real chance to see the field often as a rookie (especially if Mathews goes down).

Cedric O’Neal and Byron Marshall are both un-drafted backs and if they have any chance of staying in Philly, it would be on the practice squad. At least one of them will be cut however due to the fact that Pederson may have 4 running backs active on game day, so it is highly unlikely that both would make the practice squad.

Unlike most, I’m not overly concerned about the backfield. Call it a gut feeling or intuition, but I have a feeling Mathews will get healthy and stay healthy throughout most of the season, and he really is the key. He has the talent to live up to his first round draft pick status, and he has a supporting cast, that by my standards, is underrated. Sproles, Barner and Smallwood all bring something to the table and they should be able to find some productivity should Mathews get hurt. Who knows, I could be completely wrong, but this will certainly be one of the more entertaining positions to watch as the 2016 season unfolds.