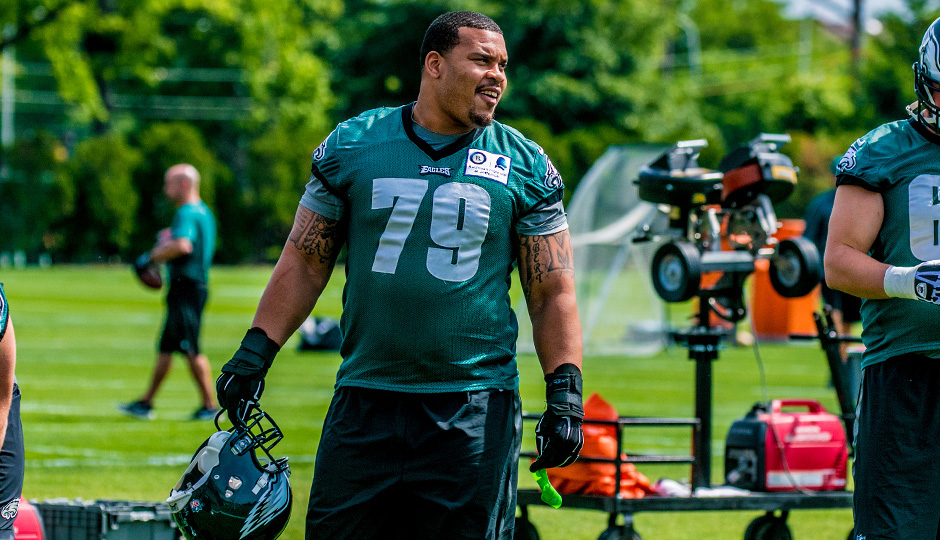 Brandon Brooks Makes His Way Back to Practice

Right guard Brandon Brooks finally made it onto the practice field on Friday, after dealing with a hamstring injury.

Friday’s practice was the first time that Brooks has been able to give it a go for all of training camp, although he was limited, it’s a step in the right direction for the Birds’s offensive line.

“From a mental standpoint, I know what I’m doing, so that’s not a big deal,” Brooks told Philly.com. “It’s just conditioning yourself to hitting people everyday, just keep progressing.”

However, the Eagles are unfortunately without their anchor on the offensive line in Jason Peters, who is dealing with a strained quad. The veteran LT injured himself in Thursday’s practice and is listed as day-to-day, according to HC Doug Pederson. With Peters out, that leaves Matt Tobin to step in with the first-team offense.