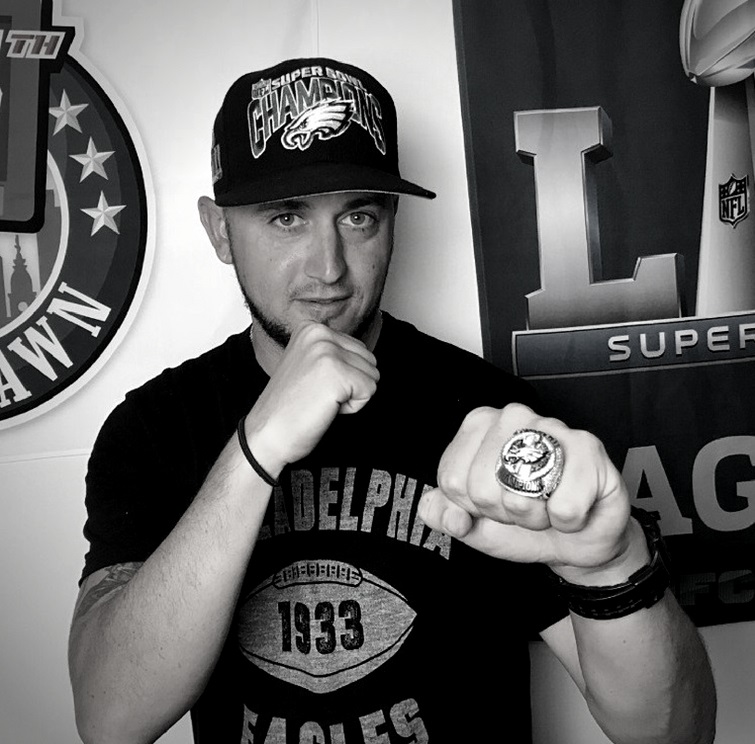 Trox is a jack-of-all-trades behind the scenes and works the cameras for the 4th and Jawn crew. Born and raised in Willow Grove PA, and still resides there today. Trox graduated from Archbishop Wood High School in 2003. Trox played Football,Basketball and Lacrosse. After high school, Dustin ended up coaching lacrosse for 6 years. Dustin’s family has been season ticket holders since 1990. On December 12, 1993, Eagles vs Bills (Bobby Brister vs Jim Kelly) is Dustin’s official birthday as an Eagles fan. From his days sitting way up in the yellow seats as a 9-year-old kid in Veterans stadium, until now, his love for the Eagles remains true.