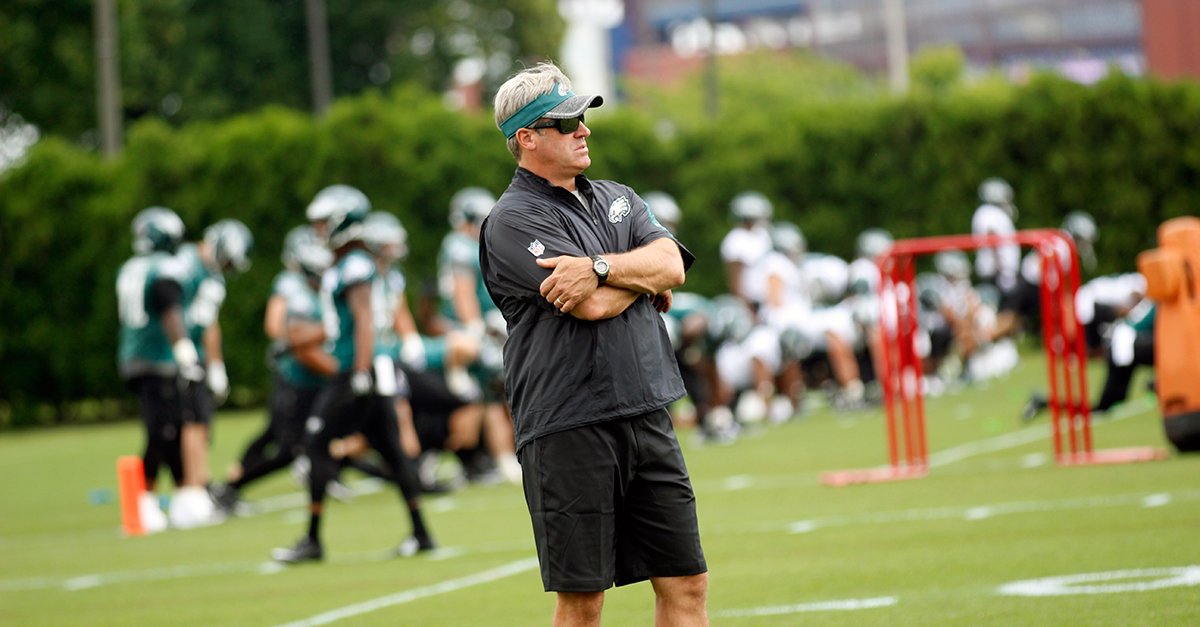 5 Bold Predictions for the Eagles 2016 Season

Its funny how things recycle throughout time. Taking you back to 2012, Andy Reid probably knew he’d be looking for a job by the new year. Out with the old, mainly the “dream team” that was so heavily mocked and the “time’s yours” remark that always followed the post game injury report, and in with the new.  The new at the time was the one and only Chip Kelly, the one tagged as the most likely to revolutionize the entire league, and he started off with a better than expected 2013 campaign. However, after  that playoff loss at the hands of the New Orleans Saints, something seemed to change. 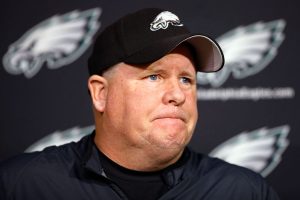 While they repeated their record in 2014, they failed to make the playoffs after losing both steam and games, 3 of their last 4 to be exact.  Not long after the season ended and the off-season began, Chip Kelly was able to wrestle the power of player personnel away from Howie Roseman, and herein lies Kelly’s fall from grace. As we all know, the record fell from 10-6 to 7-9 as the team seemingly took more steps back than forward in 2015. However, the straw that broke the camel’s back was the decisions made by Chip Kelly the GM. Trading a fan favorite and franchise leading rusher in LeSean McCoy for a rehabbing Kiko Alonso and then using the money saved on a heavily worn DeMarco Murray was, in my opinion, what led to Kelly’s dismissal. Sure Sam Bradford was just average and the receivers dropped a ton of balls, but if LeSean McCoy is in the backfield wreaking havoc like he had in the previous two years, the story may very well be different.

The foul taste left in everyone’s mouth, especially Jeffrey Lurie’s, is why we now have a coach that we could consider the “recycled” version of Andy Reid, also known as Doug Pederson. I don’t know about you, but I welcome back the huddle and the drives that take up half a quarter, but what can we really expect from  this team with so many new faces and new philosophies? Lets take a look at some potentially surprising story lines.

1. The Eagles bounce back into the top 8 in rushing

Many fans and analysts consider the running back position to be one of the weakest spots on the team. Ryan Mathews can never stay healthy, Darren Sproles is only getting older, and Wendell Smallwood is just a 5th round rookie back. This prediction though is based just as much on the bounce back season the offensive line will have (we’ll get to that next) as the actual quality of the Birds backs. Mathews, when healthy, is a solid back who has both power and speed. Will he play 16 games? Highly doubtful, but 800 to 1,000 yards is within reach even with some time missed. The couple of games he will miss, Sproles, Smallwood and Kenjon Barner should be able to capably fill in the gaps. We know Pederson loves to run the ball, so expect to see 30-40 rushing attempts per game.

2. The Eagles offensive line will have 3 Pro Bowlers

This number may seem high, but if  the Eagles put up really good rushing numbers, people will notice. I fully expect Jason Peters to have an elite level year, mainly because he won’t be on the field for 70+ plays a game. When healthy, Peters is in the second tier of tackles around the league, enough said. Lane Johnson, while being really solid, doesn’t get much recognition as a top tackle, but he has been. With a new contract in hand, expect him to get after it even more and take that next step and approach the “elite” label. 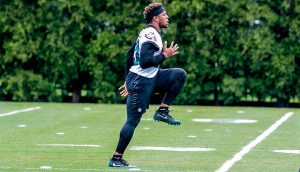 Rodney McLeod (23) during warm-ups in OTA’s.

Who will be the third you ask? None other than new Eagle Brandon Brooks.  Standing at 6’5″ and weighing in at 335 pounds, Brooks is great in “pass pro” and can be a mauler in the run game. At the age of 26, Brooks is just entering his elite years, and he should be fun to watch in the trenches. I expect him to stabilize the interior of the line and help get Jason Kelce back on track.

3. The Eagles will have 3 new starters in the secondary

Heading into the offseason, Eric Rowe was supposed to be a staple in the secondary for years to come, however, word out of camp is that he may have taken a step back. Rodney McLeod is the obvious starter patrolling the secondary alongside Malcolm Jenkins. The other two may surprise you. Leodis McKelvin has a history with new coordinator Jim Schwartz and was highly praised by both the media and the coaches during OTA’s. Jalen Mills is listed as a safety, but played corner throughout his college years. Mills was a projected 2nd or 3rd round pick prior to the draft, but a domestic abuse accusation caused him to slip to the seventh round. By all reports, he is living up to his high draft pick projection and will play himself into a starting role by the end of the year. What happens to Nolan Carroll and Eric Rowe if this happens? Carroll played in the slot extensively under Kelly in 2014, so expect him to plug in there, while Rowe will rotate in as needed in passing downs.

This number could even be higher than 4 due to injuries, but I expect Bradford to be healthy through the year. While this team is more talented than some realize, expect some hiccups here and there, so by the time December rolls around I expect the Eagles record to be under .500. With Wentz expected to take over 2017, Pederson will realize it  behooves both him and the team for Wentz to get some actual game experience to finish out the year. 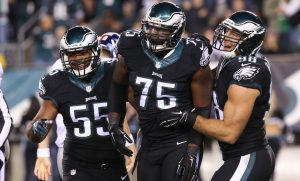 5. The Eagles defense will be a top 5 unit

This may be a bit high, but defense is what rules Eagles football and they get back to that formula this year under Schwartz. Vinny Curry, Fletcher Cox, Bennie Logan and Connor Barwin/Brandon Graham form an extremely deep front line with a good amount of depth behind it. At linebacker, Mychal Kendricks, Jordan Hicks and Nigel Bradham form a solid core of ‘backers (depth could be an issue here). The back end doesn’t feature a lot of bright names, but Jenkins headlines a very solid group that should be better than average. The real driving force behind this defense will be the linked to the front seven. While they have always been pretty stout against the run, expect the pass rush to get home quite a bit, which will make the secondary’s life a whole lot easier. Also expect there  to be more energy and physicality to the D as they won’t be on the field for three quarters of the game each and every week.

Will all of  these predictions hold true? I doubt it. There’s even a chance that none of them come to fruition. However, I do know that this coming season will feature plenty of ups and downs, ins and outs, and that should make for an extremely memorable season. I know I can’t wait, can you?